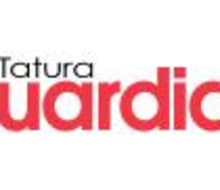 On a wet, rainy, chilly day with the mercury barely above six degrees, nine women braved the elements to play the stroke, monthly medal round. This event is sponsored each month by Drummond Golf and Newton’s Parcel Service and was a day to count the putts and record the fourth round of the Hill Top Brooch.

The McPherson family has published the Tatura Guardian since the mid 1960s.

All happening at Hill Top

The extremes of Tatura’s Goulburn Valley League form were highlighted in stark contrast on Saturday.

Times, they are changing

The closure of any newspaper brings with it a bittersweet mix of sadness, pride and hope.

The main event at Merrigum on Saturday was the Greenwood Memorial mixed Canadian, while for those men without a partner for the mixed, the event was stroke.

The first golfing day of the winter season was played in fine, cool conditions. The not so popular Par event was sponsored by W.B. Hunter, of Tatura.

The Tatura Guardian will flick the switch to digital on June 18 after the last printed edition of the newspaper is published on that day.

The Heart Foundation is calling for entries in the 2019 Active Australia Innovation Challenge, which will award up to eight grants valued at $10000 each for innovative community-based projects designed to get Aussies moving.

Captain Greg Hall is about as cunning as it gets when it comes to choosing a team for Merrigum’s gentsomes event last Saturday. Doubting his own ability after giving up the B grade championship in the final round last week, he picked the two club champions, Simon and Tash Doherty, to team up with for this novelty event. A wise move it was too, not only playing with the club champions, but with a woman in the team to make the most of the holes on which the ladies get a significant head start. The trio went on to score a narrow win with 93 points. For those who don’t know how gentsomes is played, all three members of the team drive and the best one (in most circumstances) is chosen. From there all three members of the team play out the hole individually and the best two stableford scores for each hole count towards the final score. The only stipulation is that at least four drives per player need to be taken, which can lead to some interesting choices in the latter part of a round when one player has struggled with getting their drives in. The ball competition winning team was Rod Newham, Frank Leyden and Andrew Wood who scored 91 points. They also won the chook shed challenge with 21 points. All the other teams who participated were left in the dust so to speak with 74 points being the next best. Only one nearest the pin went off and that was to Tash Doherty on the jackpot twelfth.

Back bigger than ever

The award winning Tatura Rotary and Community Art Show is on again.

Doing it for the kids

Q. What inspired you to become a teacher?

Ladies golf started in cool overcast conditions on Wednesday and was contested by a small field of players. The day’s competition was Stroke and the qualifying round of the Glad Robbins Singles. The sponsors for the day were Sue Pogue and Betty Jeffers.